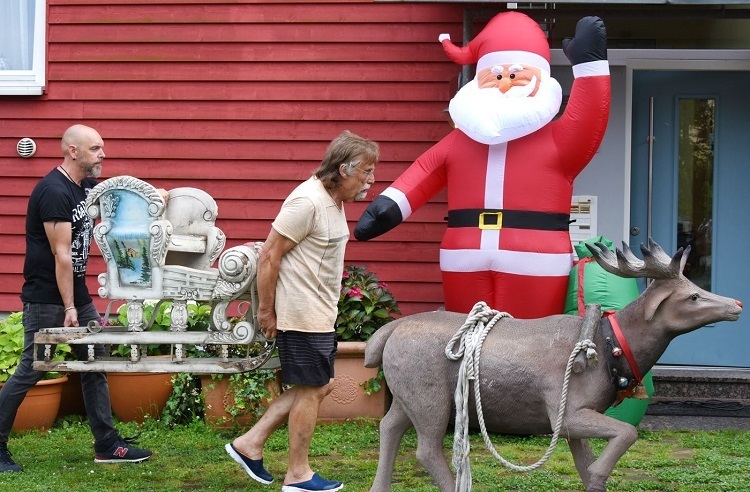 In West Jefferson, North Carolina, they hold a Christmas in July Festival every year. It lasts for a full day and offers free admission. They feature traditional mountain music and handmade crafts from the mountains of North Carolina along with food, crafts and special events for children’s events. They draw around 20,000 visitors from around the nation for this unique event.

Held in Kentucky as a charity event for Shriner Hospital, Hillbilly Christmas is a fun event for bikers who want to help children in need and for their families who want to take part in activities including carnival games and prizes. The ride starts at the hospital in Lexington, KY and includes a drawing for 2013 Harley-Davidson Glide. The event emphasizes the charitable spirit of Christmas and seeks to apply that spirit to helping Lexington’s “young ‘uns.”

The nonprofit organization, Help Our Military Endure, hosts an annual Christmas in July packing party that invites members of the community to donate appropriate shipping packaging supplies and then asks them to pack them up for soldiers overseas. Last year’s party put together 259 care packages. They set up at the HOPE church and set to work. Even Santa Claus showed up. Even if you couldn’t show up for the event, the site allows people to donate $13.45.

Rock Out For Kids

Designed as a charity to benefit the Massachusetts Department of Children and Families, Rock Out For Kids holds a Christmas in July event at Mickey Doyle’s Sports Pub. Rain or shine, these folks host the even outdoors and sell tickets for a concert put on by local musicians .

Sarah Giles loves the holidays so much that she blogs about them year-round. You can find great commercial decorations for your business and really nice ornaments for your tree all year at several websites online.