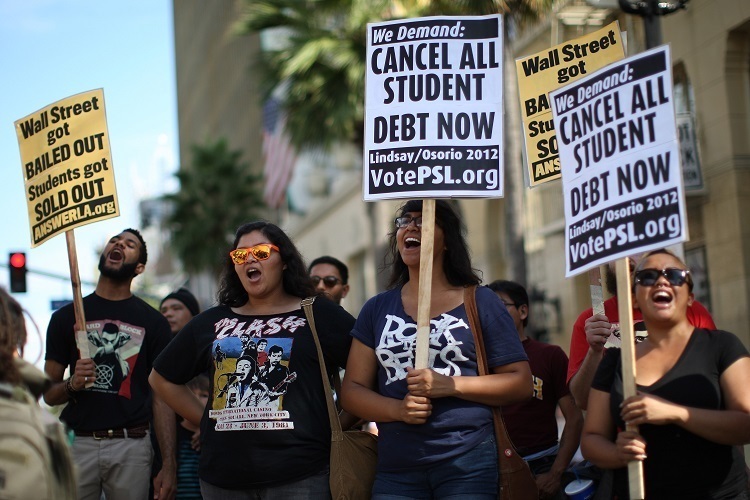 Nowadays, most people default on their student loans. While lack of money is a genuine reason for some, there are other people who simply avoid making the payments because they are not tied to a foreclosure or penalty. When the going gets tough, student loans are the first to get avoided.

It is important to understand that paying off debt while the interest expense is minimal is the best thing to do before the amount of debt bloats up. At the right time and a younger age, finding ways to make payments is much more convenient than to wait until after.

Few students realize the far-reaching impact of student loans on their finances at an older age. Since most student loans are government-owned, the government collects back its money by cutting back the amount of loan from your Social Security. At a young age, the concept does not account for much thought among people. However, they are not the only one that will bear the consequences.

The government can cut back the amount of student loan payments from the Social Security of any of your family members who co-signed the loan with you. While it may be alright for you to avoid the warning letters from the collection agencies, your family may have to face the consequences. For older people who rely on Social Security as their safety net and when it is the only source of income, this can be a major financial setback.

What You Need to Know When Letting a Property

When Can I Retire? – Best Guide to Retirement

The amount of money that the government can cut back from Social Security can be as much as 15 percent. Considering the fact that not many people reach the monthly average of $1,230 for their Social Security check, it signifies a major cut in their already insufficient finances. Moreover, there are few people who are able to save back money for their retirement nowadays.

Since the government start the deductions after two-years of non-payment, the accumulated interest and penalties on the loan amount up to a huge level, making them a burden. Another fact that makes the situation worse is that these loans cannot be ridden off by any bankruptcy claims and need to be paid off.

For older people, this creates a difficult financial situation due to the rising unemployment and increased expenses. Younger people may like to think that the situation will not likely affect them for a long time but they have to consider the consequences.

There are a number of governmental policies under consideration that dictate a cut back on the amount of Social Security in the future. In coming times, the unstable financial conditions may get worse and by the time you reach your own retirement age, you may be in a bigger financial lurch than older people today.

Student debts can turn out to be a life-long debt for you if it is not paid back on time. To avoid this situation, it is better to find ways to pay off student debt when it is still possible. Keeping the interest level and penalties on these loans to a minimum level is important to keep them under control.

What You Need to Know When Letting a Property

When Can I Retire? – Best Guide to Retirement

Why Ohio National Life Insurance Company And The Like